This is a short story which is semi-autobiographical. It touches on issues relating to expectation and seeing beyond outer appearances. 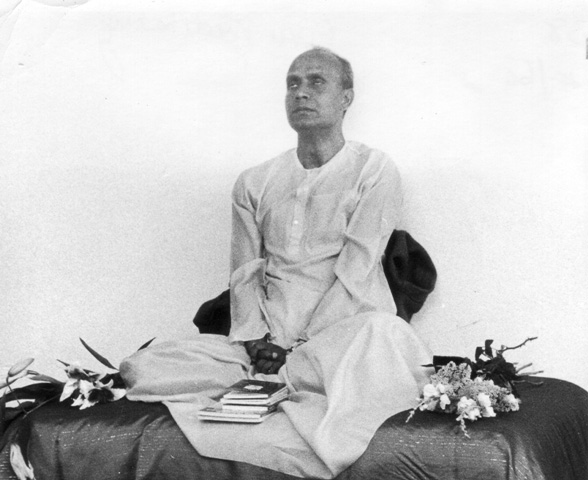 There was a spiritual Master who had many disciples. At times, he would express great concern about their health or spiritual progress. Sometimes, no detail was too small for the Master’s concern – be it work, health or their own meditation. At other times, during weekly meditations, the Master would be lost in trance – deep in communion with the Highest Reality.

When a new seeker called Rakhal joined the path, he was surprised to find his Master appeared indifferent to his new arrival. As the disciples filed past the Master, the Master would offer broad smiles to his established disciples, but when it was Rakhal’s turn the Master closed his eyes and seemed to look the other way.

To some extent, Rakhal was puzzled; he expected his Master to treat everyone in the same way, yet it appeared the Master was showing favouritism to his older disciples. However another thought also came to Rakhal’s mind – despite the outer indifference, he felt inner peace and happiness while coming into the Master’s presence – even if he was outwardly ignored.

Over time Rakhal became used to this differing treatment and no longer expected to get a smile from his Master. He realised that outwardly the Master treated everybody in a different way, depending on what the individual disciple really needed.

Gradually, Rakhal felt even the Master’s indifference was an important lesson – the Master was wanting to teach Rakhal to let go of expectation, but instead develop his inner faith and inner connection.

After a few years, Rakhal had largely overcome his own expectations of how his Master should treat him. But then, when he least expected it, his Master would offer a divine smile or offer short words of encouragement. Rakhal was happy – both to receive the outer attention of the Master, and also because he had learnt to be detached about whether the Master spoke to him or not.

Then, out of the blue, the Master passed to the other world, and Rakhal was deeply upset to lose the outer, inspiring presence of his Master. But, now more than ever, the disciple was grateful for his Master’s lessons in detachment and learning to value the inner essence of spirituality.

…The journey itself is home