Some of the great heroes of the Mahabharata 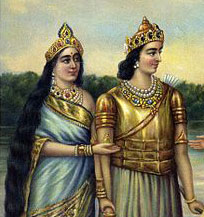 Bhishma
(with mother Ganga on the left)

Bhisma was one of the greatest warriors of his age. His mother was Ganga (Goddess of the river) and his father King Shantanu. Bhisma took an oath of celibacy and vowed to server whoever sat on his father’s throne. This meant in the Battle of Kurukshetra, he reluctantly led the Kaurava forces, even though he was sympathetic to Krishna and the Pandavas. Bhishma was always keen to seek a reconciliation and avoid war. In the battle, Bhishma was the strongest warrior, but Bhishma was finally killed by Arjuna, but only after Shikhandi (a reincarnation of Amba) accompanied Arjuna on which case Bhishma laid down his arms. 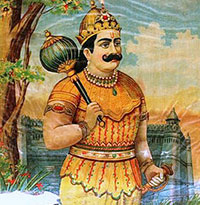 Bhima was the greatest warrior of the Pandavas. During the Battle of Kurukshetra he was responsible for killing all 100 Kaurava brothers. His mother was Queen Kunti, wife of King Pandu. But, Bhima was conceived through Queen Kunti invoking a deva – the God of Wind, Yayu. Bhima had tremendous power and when roused he was almost indestructible. His favourite weapon was the mace. 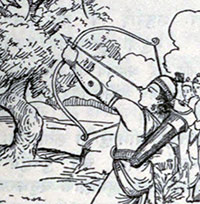 Drona was a master of advanced military arts, including the divine weapons or Astras. He was royal preceptor to the Kauravas and Pandavas. His favourite student was Arjuna. He was a friend of Guru Sukracharya, the guru of Asuras, including Mahabali.  In the war, Duryodhana convinced Drona to try and end the war by capturing Yudhishthira. 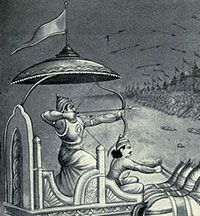 A valiant warrior, Satyaki was devoted to Krishna and was a student of Arjuna. He strongly favoured the cause of the Pandavas over the Kauravas in the Kurukshetra War and was the commander of one akshauhini of the Pandava army. 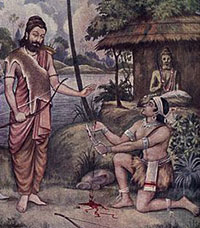 He was a young prince of the Nishadha Kingdom. He was offered as the son to Vyatraj Hiranyadhanus by Sulekha and possessed powers given by Bhumi devi. As he was her son in a previous life. Ekalavya aspired to study archery in the gurukul of Guru Drona. The jealousy of Arjuna meant Ekalavya became self-taught and used a clay statue of his guru Drona

Karna is the son of Surya (the Sun deity) and princess Kunti (later the Pandava queen).  He was brought up by foster parents and became an accomplished warrior of extraordinary abilities, a gifted speaker and becomes a loyal friend of Duryodhana. Karna joined the losing Duryodhana side of the Mahabharata war. He tried to kill Arjuna during the Kurukshetra wa – but died in a battle with Arjuna 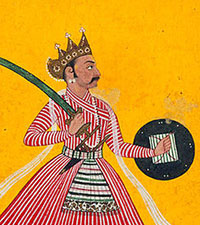 Nakula was fourth of the five Pandava brothers. Nakula and Sahadeva were twins born to Madri, who had invoked the Ashwini Kumaras using Kunti’s boon. Nakula and his brother Sahadeva, are both called as Ashvineya, as they were born from Ashvinas. As a warrior, during the Battle of Kurukshetra, Nakula slew prominent war-heroes on the enemy side. 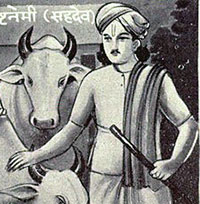 The youngest of the five Pandava brothers. Nakula and Sahadev were twins born to Madri, who had invoked the Ashwini Kumaras using Kunti’s boon. Sahadeva was very good in Astrology. Duryodhana, on the advice of Shakuni approached Sahadeva in order to seek the right time (muhurta) to start the Mahabharata war so that the Kauravas will be victorious. Sahadeva disclosed the same for the Kauravas in spite of knowing that Kauravas were their enemy, as Sahadeva was known to be very honest. 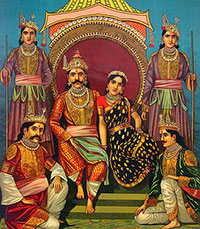 Yudhishthira was the leader of the successful Pandava side in the Kurukshetra War. He was said to be very good at spear-fighting and at chariot racing. Yudhishthira was a polyglot, knowing unusual languages. He was known for his honesty, justice, sagacity, tolerance, good behaviour and discernment. 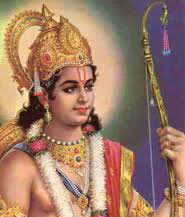 Arjuna was the son of Indra, the king of the celestials, born of Kunti, the first wife of King Pandu. Arjuna was a Pandava who was very close to his guru Sri Krishna. During the Battle of Kurukshetra, Arjuna asked questions of Krishna which forms the basis of the Bhagavad Gita. He was considered the best archer in the world at the time. 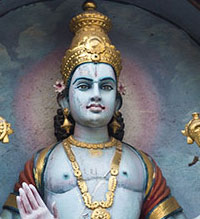 Krishna was Arjuna’s charioteer for the Kurukshetra War, but on the condition that he personally will not raise any weapon. Krishna was the Avatar of the era, though few recognised his spiritual height at the time. On the Battlefield of Kurukshetra he showed his Universal Form to Arjuna.