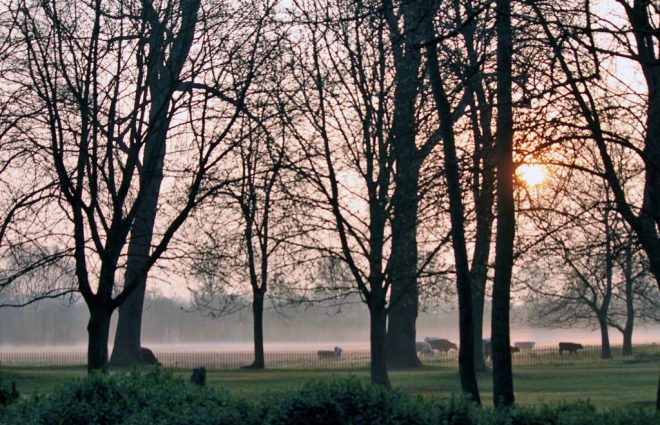 In those days, when a spiritual master came, the first thing was to feed him. If you did not feed Durvasa, he would curse you and turn you into ashes. When Durvasa came, he brought his thousands of followers. Poor Draupadi had no food left. Durvasa came in and said, ‘I am very hungry.’

She knew that if she did not feed Durvasa, he would curse them. So she invoked Sri Krishna. Krishna was at that time nowhere near the forest, but he immediately saw with his occult vision, and he came physically to save her. ‘I am very hungry,’ he said. ‘Please give me something to eat.’

Draupadi answered, ‘I have invoked you to help me, and you come here to torture me. How am I to give you food?’

Krishna said, ‘No, you have to give me food. Examine your pot.’

She replied, ‘There is nothing left. I am not telling you a lie. I have washed it. I have eaten. We have all eaten. There is nothing left. I can show it to you.’ So she brought the pot, and he discovered that there was a single grain of rice remaining. He ate it and said, ‘Now I am satisfied. Now you ask me anything. I am pleased with you.’

She said ‘save me! Durvasa has gone now, with his disciples, to bathe in the Ganges. When he comes back he will want food!’ So Krishna, with his spiritual power, immediately made ready food for thousands of people.

Now Durvasa with his Yogic vision came to know that Sri Krishna had already arrived. He said, ‘It is useless for me to go there, because now they will be able to feed me. I don’t want to go there. I am satisfied.’