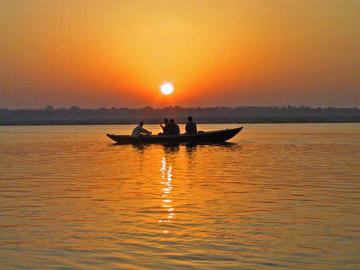 “Whenever and wherever a decline of righteousness and predominance of unrighteousness prevails;
at that time I manifest Myself personally…
For protection of the devotees and the annihilation of thewicked and to fully establish righteousness,
I appear millenium after millenium”

“When one can see eternity in things that pass away
and Infinity in finite things, then one has pure knowledge.”

Hinduism originated over 4000 years ago (and possibly more). It is not a single unified religion and has no founder, single teacher, nor prophets. Hindus believe in a universal soul or God called Brahman. There are different branches of Hinduism including:

Who Is a Hindu

“Acceptance of the Vedas with reverence; recognition of the fact that the means or ways to salvation are diverse; and the realization of the truth that the number of gods to be worshiped is large, that indeed is the distinguishing feature of the Hindu religion.”

– B.G. Tilak’s definition of what makes one a basic Hindu, as quoted by India’s Supreme Court. On July 2, 1995, the Court referred to it as an “adequate and satisfactory formula.”

A Tribute to Hinduism – Excellent site. Non commercial with excellent resources on many aspects of Hinduism

An Introduction to Hinduism

Hindu.orgDedicated to Hindu solidarity, culture and the dissemination of the vast and timeless knowledge of our great Sanatana Dharma to all the people of the world.