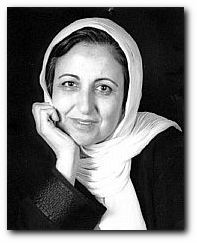 Talks and Speeches by Shirin Ebadi

‘Contrary to what certain governments say, human rights are universal. Arbitrary detention, torture and discrimination hurt the human dignity of anybody, whatever his or her country of origin, religion, descent, or any other ground.’

– Quotes from Speeches by Shirin Ebadi