“Art can never really find what it seeks or succeed in liberating its soul in the highest perfection of speech unless it transfuses the rhythms of its exquisite moods into a sustained spiritual experience.” ~ Sri Aurobindo

After Sri Aurobindo moved to Pondicherry, he entered upon an intense period of practicing Yoga. He communicated only with a few of his students who looked after his physical needs and he generally did not receive any visitors except on very rare occasions. But almost every day he would sit with a few of his students, in an informal gathering, sometime late in the afternoon or evening. At these meetings the students would ask him questions and he would answer them. They asked him questions from a wide range of topics that included spirituality, politics, World War II, art, poetry, culture, history and medicine.

Once while answering a question on poetry, Sri Aurobindo said, great poetry must have power of beauty, power of vision and power of expression. He went on to say that there are different types of poetry and he mentioned psychic poetry. Then one of his students asked him to give them an instance of psychic poetry. In response, Sri Aurobindo quoted the following four beautiful lines from Shelley’s poetry:

“The desire of the moth for the star,
Of the night for the morrow,
The devotion to something afar
From the sphere of our sorrow.”

According to Sri Aurobindo, in the above lines of Shelley, the feeling and the expression are both psychic. In contrast to psychic poetry, Vedic poetry, Sri Aurobindo said, ”is poetry on the plane of intuitional vision. There is rhythm, force and other elements of poetry in it, but the psychic element is not so prominent. It is from a plane much higher than the mental. It moves by vision on the plane of intuition, though there are passages in which you may find the psychic element. It is a wide and calm plane, – it also moves you but not in the same way as the poetry which contains the psychic feeling. It has got its own depth-but psychic poetry differs from it in its depth and feeling.”

At another time while discussing the poetry of Blake and Shakespeare, the question came up as to who was a greater poet. Sri Aurobindo said, ”Shakespeare is superior in one way, Blake in another. Shakespeare is greater because he has a greater poetic power and more creative force, while Blake is more expressive.” Then he was asked what is the difference between “Creative” and “Expressive” and he replied, “”Creative” may be something which gives a picture of life creatively, representing the life-situation of the Spirit. “Expressive” is that which is just the expression of feeling, vision or experience. In “The Hound of Heaven” (Francis Thompson’s Hound of Heaven) you get a true creative picture. There you have such a picture of the life of a man pursued by God.”

When he was asked why a devotional feeling in a devotional poem cannot be considered “creative”, he clarified, “Because you identify yourself with the feeling and not with the character or man as in the case of Hamlet (Shakespeare’s Hamlet). It must come out as a part of the poet’s personality and the reader identifies himself with the world or personality which the poet has created or the experience which he had. Of course, anything is creative in a general way.”

Commenting on Sri Aurobindo’s poetry, K. D. Sethna said, “When he wants to bring home to us some eternal verity from its mysterious abode of light, he speaks in a tone which has in it either a sublime simplicity which renders clear a profound truth by a few striking images, or a direct imaginative force which without needing to bring in abundant colour can create for us a self-sufficient mystical symbol or atmosphere, or else a puissant intuitive luminosity which wears form and name only as a concession to the weakness of human mentality but imparts in a subtle unanalysable manner a sense of some beatific vastitude of ultimate creative Idea.”(1)

“In poetry there is an upward evolution of its powers and at its summit the highest function of sound is to instill in the listener the poet’s experience of a Truth that is behind all things, its significances in themselves beyond word and thought finding expression through an inner silence, and to lift him rapt, spellbound, dazzled into sudden awareness of that wondrous supreme Beauty and Delight which elude normal perception, a high-uplifted Beauty and Delight sustaining magically the cosmic process…If, therefore, the possibilities of the poet of the future are to come to their utmost fruition, his art, whether it flowers forth in the lyric cry or the narrative, in the drama or the epic, should not merely be an instrument of forces which work through him by passing inspirations. It must represent the continuous rhythm of an inner life in which the meaning of the universe shall be unfolded in the individual and the Spirit manifested, with constant integrality, even through the prose of daily intercourse with the world.” ~ Sri Aurobindo(2)

I am held no more by life’s alluring cry,
Her joy and grief, her charm, her laughter’s lute.
Hushed are the magic moments of the flute,
And form and colour and brief ecstacy.
I would hear, in my spirit’s wideness solitary
The Voice that speaks when mortal lips are mute:
I seek the wonder of things absolute
Born from the silence of Eternity.

There is a need within the soul of man
The splendours of the surface never sate;
For life and mind and their glory and debate
Are the slow prelude of a vaster theme,
A sketch confused of a supernal plan,
A preface to the epic of the Supreme.

END_OF_DOCUMENT_TOKEN_TO_BE_REPLACED

His name the index of a failing hope,
The position of a dead remembered star.
Only were safe who kept God in their hearts:
Courage their armour, faith their sword, they must walk,
The hand ready to smite, the eye to scout,
Casting a javelin regard in front,
Heroes and soldiers of the army of Light.
Hardly even so, the grisly danger past,
Released into a calmer purer air,
They dared at length to breathe and smile once more.
Once more they moved beneath a real sun.
Though Hell claimed rule, the spirit still had power.
This No-man’s-land he passed without debate;
Him the heights missioned, him the Abyss desired:
None stood across his way, no voice forbade.
For swift and easy is the downward path,
And now towards the Night was turned his face. 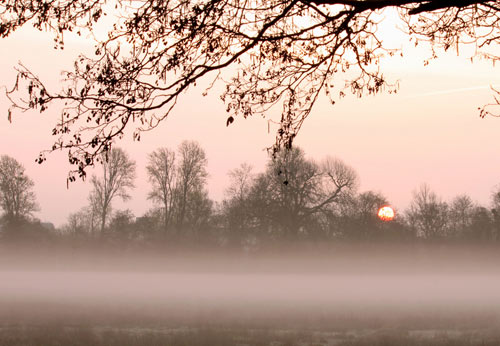 The silent Soul of all the world was there:
A Being lived, a Presence and a Power,
A single Person who was himself and all
And cherished Nature’s sweet and dangerous throbs
Transfigured into beats divine and pure.
One who could love without return for love,
Meeting and turning to the best the worst,
It healed the bitter cruelties of earth,
Transforming all experience to delight;
Intervening in the sorrowful paths of birth
It rocked the cradle of the cosmic Child
And stilled all weeping with its hand of joy;
It led things evil towards their secret good,
It turned racked falsehood into happy truth;
Its power was to reveal divinity.

END_OF_DOCUMENT_TOKEN_TO_BE_REPLACED

The immense remoteness of her trance had passed;
Human she was once more, earth’s Savitri,
Yet felt in her illimitable change.
A power dwelt in her soul too great for earth,
A bliss lived in her heart too large for heaven;
Light too intense for thought and love too boundless
For earth’s emotions lit her skies of mind
And spread through her deep and happy seas of soul.
All that is sacred in the world drew near
To her divine passivity of mood.
A marvellous voice of silence breathed its thoughts.
All things in Time and Space she had taken for hers;

The Genius of India is a film based on a talk given by Sri Aurobindo about India. Sri Aurobindo talks about the inner characteristics and soul of India and how the body of India may evolve.

“Spirituality is the Master-Key of the Indian Mind”

The Existence of God

"They proved to me by convincing reasons that God does not exist; Afterwards I saw God, for he came and embraced me. And now what am I to believe- the reasoning of others or my own experience? Truth is what the soul has seen and experienced; the rest is appearance, prejudice and opinion."