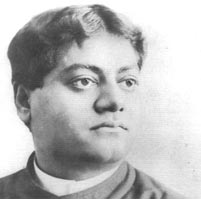 As his final days came, Swami Vivekananda, a great Vedantist, reveals how his devotion to Mother Kali increased and he began to be more aware of the world beyond this earth of joy and suffering. END_OF_DOCUMENT_TOKEN_TO_BE_REPLACED 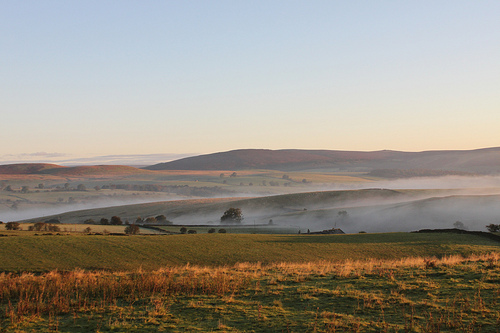 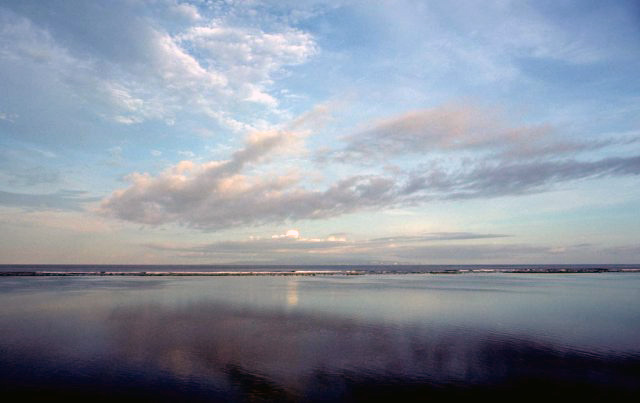 1. Love Is The Law Of Life: All love is expansion, all selfishness is contraction. Love is therefore the only law of life. He who loves lives, he who is selfish is dying. Therefore, love for love’s sake, because it is law of life, just as you breathe to live.

END_OF_DOCUMENT_TOKEN_TO_BE_REPLACED

A video clip featuring personal reminiscences of Swami Vivekananda. Lillian Montgomery who had the opportunity to meet Vivekananda in person shares her experiences. In particular, two qualities she noticed were the power and poise of Vivekananda – an ‘Ocean of Consciousness’

"Swami Vivekananda was so entirely different to anything we had known in America."

"As he spoke, veils just seemed to fall from your eyes, giving an entirely different impression of personality…"

The video was recorded in 1955

From: Shivaratri celebration in Belur Math.

When Naren, (Swami Vivekananda ) first came to visit Sri Ramakrishna , he was not altogether impressed with what he saw. His mind doubted this perplexing, unorthodox figure. He left dissatisfied, but, at the same time he felt strangely compelled to return to visit Ramakrishna at Dakshineswar. Sri Ramakrishna, on the other hand, immediately saw in his beloved Naren, tremendous spiritual potential. After his first meeting, he predicted Naren would at one time do great things for his beloved Mother Kali.

At the time, that seemed unlikely because to some Naren appeared quite ordinary, and enjoyed debating about the existence of God. However, the faith Sri Ramakrishna had in his Naren was unprecedented. On one occasion, people started gossiping that Vivekananda had become an atheist. Ramakrishna could not bear to hear people speak ill of Naren. Instinctively he knew the accusations were false; Ramakrishna always maintained the highest faith in Naren.

Naren had tremendous aspiration and inquisitiveness, as a young man, he would ask learned spiritual men whether they had seen God. Unfortunately, he could not find anybody who could answer yes. However, the great Rishi, Debendranath Tagore replied to Vivekananda that although he had not seen God, if he wanted to meet a man who had seen God, he should go and see the Saint of Dakshineswar. When Vivekananda asked Ramakrishna, Ramakrishna replied, without any pride, false modesty or uncertainty that yes, he had seen God; furthermore, he saw God more clearly than he saw his current disciples. Vivekananda was impressed, not just with the answer, but with the unmistakable spiritual authority with which Ramakrishna spoke.

At times Naren could not understand why Sri Ramakrishna made such a fuss about him, it led Naren to rebuke Ramakrishna, "why do you give so much attention to me". Ramakrishna replied: "Mother Kali, says to pay no attention, it is only because I see God inside you…."

During his sadhana, Ramakrishna gained mastery over all the occult and kundalini powers. In all sincerity, he offered to give them to his dearest disciple. Vivekandanda’s only reply was "will these help me realise God?" Ramakrishna replied "no, they won’t, but with them you can do great works for the Mother" Vivekananda was uninterested in occult powers he replied to Ramakrishna that if they did not help him realise God he did not want them. This is an example of the sincerity, of the spiritual aspiration of Vivekananda. Like his Master, he realised outer miracles were often worse than useless; both Ramakrishna and Vivekananda wished only to use spiritual power for the inspiration of aspiring humanity.

"The Master and the disciple were hardly two distinct individuals. Each helped to shape the other. To our deeper vision, they formed an integral whole."

"His life is a searchlight of infinite power thrown upon the whole mass of Indian religious thought. He was the living commentary to the Vedas and to their aim. He had lived in one life the whole cycle of the national religious existence in India."

Ramakrishna Soul of the East

What should we pray for?

People pray for many different things. Pray can be a form of desire. We pray for material comforts or release from physical pain. However prayer can be more than just praying for the satisfaction of our material needs. The highest prayer is merely to become one with the highest spiritual realisation.

Encouraged by his master?s promise Vivekananda went to the temple of Mother Kali to pray for money. However Vivekananda was a seeker of the highest order. His inner nature yearned for God. When he entered the temple of the Mother, Vivekananda became absorbed in the spiritual vibrations of the Temple. He felt his consciousness soar as he became enamoured of the bliss of the Mother. In such an exalted spiritual state Vivekananda forgot his desire for financial freedom. His only prayer was

After praying and meditating Vivekananda returned to his Master and told him he had forgotten to pray for money in the Presence of Kali. Ramakrishna smiled and advised him to go back into the temple but this time to pray for money. Vivekananda returned but again he became so absorbed in his meditation that he could not bring himself to ask for money. 3 Times Ramakrishna sent Vivekananda into the temple to pray but each time Vivekananda couldn?t bring himself to pray for money. Eventually Ramakrishna compassionately said he would pray on his disciple?s behalf. He would pray that his family would always have enough to pay for the basic essentials of life. After this his family?s dire financial hardship was removed, although they never experience material prosperity.

Vivekananda was a great seeker, who eventually became a spiritual Master in his own right. This story is illustrative of how the human mind often doesn?t know the best thing to pray for. On many occasions we feel that if our desires for more money and wealth can be fulfilled, all our problems will be solved. However no matter how much money we may have we will never attain lasting satisfaction. Real happiness comes from our oneness with God. When we attain oneness with God everything else seems unimportant

The highest prayer uttered by Jesus Christ was

?not my will but thine be done? " [2] Through this prayer Christ surrendered his personal will to the will of God. Christ knew that our human prayers might not be in our best interest, the greatest prayer is merely to become with God.

It is brings to mind the immortal quote of the Upanishads

What shall I do with the things
that cannot make me immortal? [4]

Speech from World Parliament of Religions

“Sectarianism, bigotry, and its horrible descendant, fanaticism, have long possessed this beautiful earth. They have filled the earth with violence, drenched it often and often with human blood, destroyed civilization and sent whole nations to despair. Had it not been for these horrible demons, human society would be far more advanced than it is now. But their time is come; and I fervently hope that the bell that tolled this morning in honor of this convention may be the death-knell of all fanaticism, of all persecutions with the sword or with the pen, and of all uncharitable feelings between persons wending their way to the same goal.”

– From Speech of Swami Vivekananda