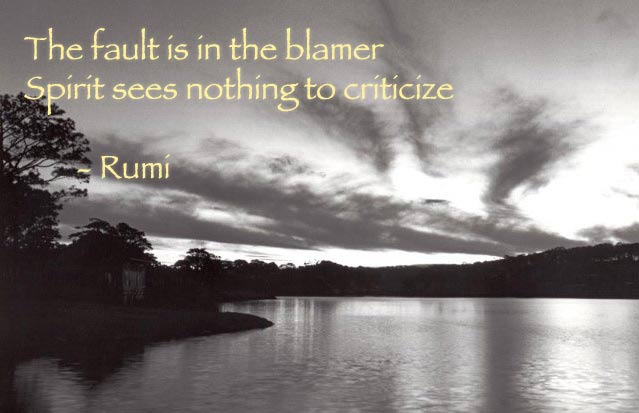 The fault is in the blamer
Spirit sees nothing to criticize. 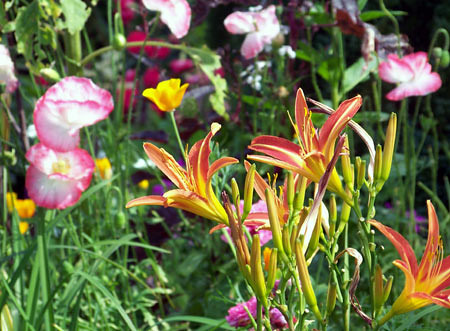 When Silence is the Best Philosophy by Tejvan Pettinger

We are the Flute

We are the flute, our music is all Thine;
We are the mountains echoing only Thee;
And movest to defeat or victory;
Lions emblazoned high on flags unfurled-
They wind invisible sweeps us through the world.

Oh God
Let all lovers be content
Give them happy endings
Let their lives be celebrations
Let their hearts dance in the fire of your love.

To celebrate the 800th birth anniversary of mystic poet Jelalludin Rumi UNESCO has announced that the year  2007 will be the International  Year of Rumi Year. During the next year there will be special ceremonies and programs held all over the world to commemorate this great Persian poet. In particular celebrations will focus on Rumi’s place of birth and Turkey where he lived for many years.

Rumi was born in Balkh in what is now Afganisthan. Balkh was then part of the Persian Empire the precursor of modern day Iran. Rumi spent most of his life living in Turkey and was buried in Konya, Turkey

Rumi’s poetry and philosophy is based on tolerance, openness, and the overwhelming power of universal love.

“When in Love,
body, mind, heart and soul don’t even exist.
Become this,
fall in Love, and you will not be separated again.”

"The fault is in the blamer
Spirit sees nothing to criticize"

– Rumi
From: Wisdom of Rumi by: Timothy Freke

Rumi had the capacity to appear beyond cultural and national boundaries. This helps to explain his universal appeal, both during his life and in the modern world, 800 years after his birth. Many of the western translations have downplayed the importance of Rumi’s Islamic studies, however Rumi was well known as being one of the foremost scholars of the time. The Qu’ran provides significant inspiration for his poetry and writings. However although brought up in the tradition of Islam Rumi is at heart a Sufi mystic who goes beyond the domain of religion and intellectual study. He also weaved everyday occurrences and fables into his poetry, whilst giving a glimpse of a divine life far transcending the ordinary world. In particular Rumi was a great believer in the spiritual power of music. Through absorption in spiritual music an aspirant was able to go beyond his ego and experience the bliss of divine communion.

For Rumi spirituality involved a profound change of consciousness, a transformation so marked it was like the proverbial rebirth of a seeker.

“I was dead, then alive.
Weeping, then laughing.

The power of love came into me,
and I became fierce like a lion,
then tender like the evening star."

From: Odes of Rumi
By: Coleman Barks

The key moment in Rumi’s life came when he met his master and wandering dervish called Shams. It was the dishevelled Shams who awoke in Rumi a passionate longing for union with the Divine. On discovering the inner path of love Rumi lost interest in scholarly debate and devoted his life to spiritual practises and the writing of poetry. Rumi’s major work is the Masnawi. The Masnawi is often called the "Qur’an-e Parsi" (The Persian Qur’an). It is considered by many to be one of the greatest works of mystical poetry. Rumi’s other major work is the Divan of Shams

It is perhaps ironic that a muslim mystic from Persia has become America’s best selling poet in the past years. The Essential Rumi translated by Coleman Barks has sold 250,000 copies. “The Soul of Rumi” was published in September 2001 and has gone on to be a very popular seller.